After the passing of his grandfather from cancer and another relative died of COVID, Jonathan wrote this song thinking about what he would want one more of before he died.

It was a privilege to know you when you were shorter.

In the spring of 2020 Jonathan Townley spent seven days with his grandfather as he was dying. It spurred a summer of songwriting as our world navigated a pandemic. His music in this album reflects on living, love, loss, and what's important.

Jonathan Townley is a storyteller. He is quick to laugh. His songwriting has been compared to Bob Dylan, James Taylor, and is influenced by Rainbow Kitten Surprise.

Mystery, metaphor and music surrounded him as a child. His family didn’t watch TV. As a boy, he lived in library books, listened to public radio and folk music. His grandmother, grandfather and mother are ministers. So his music draws inspiration from the allegory and veiled messages woven through parables. His love for narratives runs deep.

During COVID, he wrote countless songs to navigate the loss and love of these times. As the COVID lock down began, he witnessed his grandfather’s death from cancer. On a personal level, Jonathan missed a lot of high school from complications from asthma. So the threat of COVID is personal. His music is vulnerable. Lyrics ask how do we live differently with the knowledge of our own mortality. As he misses his college friends during lock down, his debut album also celebrates these relationships.

He is a junior at Kalamazoo College. Active in the improv group Monkapult, he studies English and music. His musical background was nurtured by the Michigan State Children’s Choir. He lives in Kalamazoo and East Lansing, Michigan. The album was recorded at his grandparents' blueberry farm near South Haven, Michigan.

His debut album -- It was a privilege to know you when you were shorter. -- debuts in the fall of 2020. The name of his album was a sentence his aunt said to him. Support independent music that speaks to the soul.

Enter the amount you wish to donate 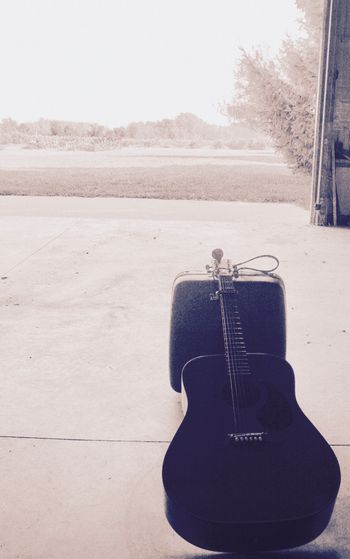